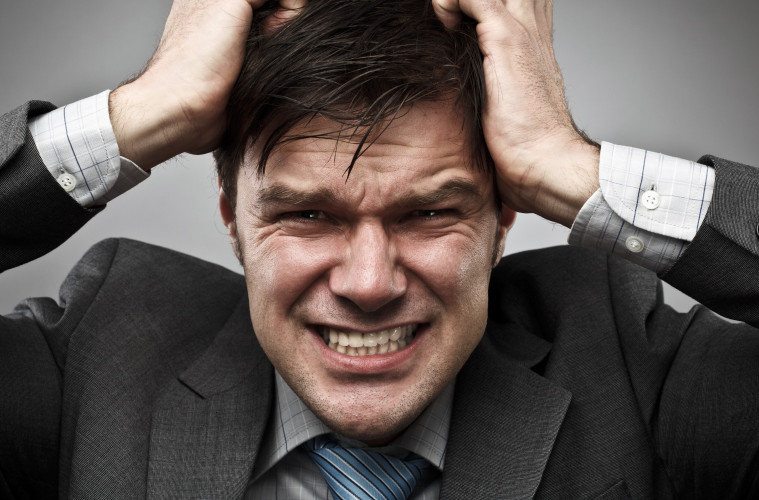 Friendship Heights resident Kevin Haines works his disgust with the Washington Metropolitan Area Transit Authority and the Metrorail system into virtually every one of his social interactions, friends and coworkers say. A Red Line rider who works as a management consultant near Farragut North, Haines spends roughly 30 minutes a day in the Metrorail system and roughly 16 hours a day enraged by its service.

“Can you believe the Red Line this morning?” Haines asks co-workers when he enters the office. “This is bad even for Metro.”

Haines is reportedly critical of WMATA’s safety record but also routinely angered by the speed restrictions between Woodley Park and DuPont Circle. And though his company pays for his transit costs, he remains vocally livid about recent fare hikes, which he calls “unconscionable.”

“Kevin talks about Metro how most people talk about the weather,” said a co-worker. “It’s how he makes conversation. If you ask him how he’s doing, he’ll launch into a rant about WMATA salaries or broken escalators. I try to avoid him.”

Those close to Haines have expressed concern about the pervasiveness of his Metro hatred.

“The last time we went out, he got too drunk and started talking to a group of women about that transformer fire at Stadium-Armory,” said a friend. “It was so embarrassing. He doesn’t even ride the Blue Line.”

“It’s all he tweets about,” said one of Kevin’s friends and Twitter followers. “He sends a picture of a crowded train or an out of service elevator to unsuckdcmetro almost every morning. He’s obsessed.”

“Sometimes he uses Silver Line as a verb,” said one of Haines’ supervisors. “We had to push back a deadline last week and Kevin spoke up about how we ‘couldn’t afford to Silver Line this project.’ It’s a bit much.”

“He’s only recently stopped talking about that woman who died on the Yellow Line last January,” said a family member.

Last Sunday, Haines rode the Metro from Friendship Heights to Woodley Park to watch the Redskins game with a group of friends, but had to wait on the platform for eighteen minutes due to single tracking on the Red Line. “Can you believe this?” he reportedly asked several bystanders, adding “it’s not like people don’t need to use the train on the weekend.”

According to sources at the game watch, Haines arrived angry, cursing Metro and demanding something be done. “He barely watched the game,” said a friend. “He was totally preoccupied with the trains. The rest of us tried to ignore him, but whenever we started talking about how much Dan Snyder and Jay Gruden suck, Kevin would jump in and say they weren’t as bad as the lazy morons at WMATA. Don’t get me wrong, Metro sucks. But c’mon, there’s more to life than that.”

When asked for comment, Haines said it was outrageous that the broken cooling pipe between Farragut North and DuPont Circle wasn’t going to be fixed until 2016, adding “it’s a hundred fucking degrees down there.”