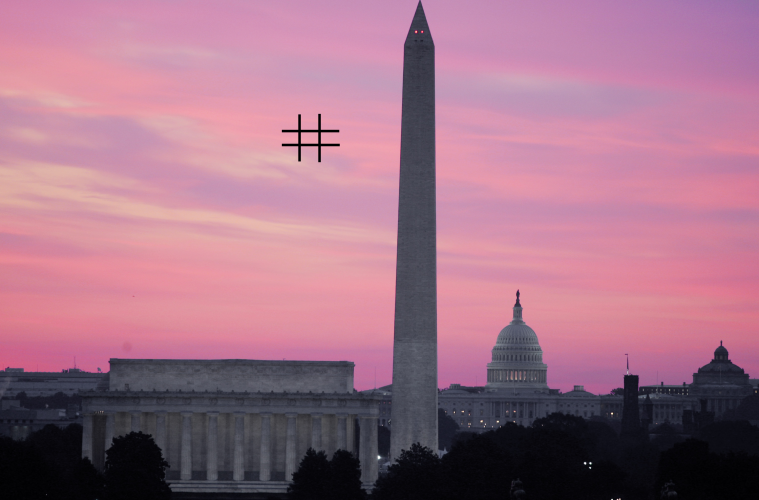 Washington let out a collective scoff yesterday when we heard that financial analytics firm SmartAsset had named Metro the #1 public transit system in the United States. Nevermind the delays or the fires or the badly outdated equipment or the spate of violent crimes or the rapidly declining ridership or a safety record so bad it prompted federal oversight. We’re number one! We’re number one!

Coming up with convoluted formulas to rank American cities has been reliable clickbait for years. So when I saw the Metro story in the Post it got me thinking about other lists Washington has topped in recent years. I’ve found 16 other instances where the District has been ranked #1. Naturally, I’m going to rank the rankings. My criteria is a subjective-yet-irrefutable combination of how well-deserved and legitimate the #1 ranking is and how proud of it Washington should be.

DC is so gay. In 2014, The Advocate named us the gayest city in America, a well-deserved honor we should all be proud of. It’s not just our great selection of gay bars and events, or our awesome Pride festival or gay flag football league. LGBT people from across the country, often discriminated against in their home states and cities, can come to DC and thrive among those who welcome and accept them. I’ve always thought that this is one of the coolest things about life in the capital.

There’s a reason the Mayflower Hotel does such good business every hour. And while it may not be something to be proud of, it does typify Washington: adultery site AshleyMadison.com crowned us the top city for extramarital affairs in both 2012 and 2013. The ranking was based on our total number of user accounts on the site, though that might be skewed by the fact that so many of them belonged to Josh Duggar and his peers at the Family Research Council.

3   Best city for women in tech

In January, SmartAsset found that DC was the best city for women in tech “by a fairly large margin.” Women make up 37% of the tech workforce in Washington, far higher than any other city. This is in part thanks to the federal government, which SmartAsset noted was the largest tech employer in the city. Which is great and all, but Washington women in tech still make less than their male peers—just not nearly as much less as in other cities.

In 2006, Sperling’s rated Washington as the best city for staying home and pretending like you’re working. I know I’d be lost without my weekly telework personal day. When do you think I found the time to write this listicle?

In 2015 the EPA determined that DC had the most Energy Star certified buildings in the country. I’m sure a bunch of them are on K Street, filled with people lobbying for industries that destroy the environment.

Bouncers in DC don’t just check IDs, they check bachelor’s degrees. In 2010, CNN named us the smartest city in America because we have a higher percentage of college graduates than anywhere else. And who can argue with that logic? Everyone knows that intelligence and the willingness to incur a crippling debt for a four year university are basically the same thing.

If we’re the smartest city, it stands to reason we’re also the most well read. And I believe it. After all, in how many other cities of Washington’s size could you make a list of the top 25 bookstores?

In 2015, US News and World Report named DC the fittest city in America, which is undoubtedly true. This town is chocked full of average looking people in terrific shape.

9   Snobbiest city on the East Coast

If we’re the smartest and most well read city, it stands to reason we’re also the snobbiest. This, according to roadsnacks.net, whatever the hell that is. Their determination was based on factors like number of Whole Foods stores, art galleries, and private schools. In other words, it’s really just a ranking of how many well off white liberals there are.

Conde Nast Traveller argued that Washington’s great venues and pioneering hardcore and go-go scenes made it the best city for music lovers in the country. I of course agree that Washington has a rich musical legacy, but it’s hard to fathom beating out places like Nashville, New Orleans, and New York City.

Last year Fortune Magazine determined that DC has the worst traffic in the country, thanks in large part to the kind of assholes who read Fortune Magazine and insist on commuting between Montgomery County and DC every weekday. God forbid they ride Metro with the commoners.

Having the worst traffic is a big reason why Movoto ranked DC the most stressed city in America. They also factored in things like unemployment, population density, crime, and cost of living, though I think consultants and lawyers per square inch might have been a better indicator. In any case, when you’re the most stressed city in America it stands to reason that you’re also the:

14   Most popular with millennials

In 2013, Washington ranked as the top city for attracting subjects of baby boomer thinkpieces. And when you have the most millennials, you’re also going to have:

Forbes Magazine, our nation’s authoritative arbiter of being with it, trolled Washington in 2014 by naming us the coolest city in America. And what better way for a bunch of middle-aged white dudes to judge something as subjective as coolness than by inputting a bunch of data into a formula and solving for X? Congratulations Washington, we’re the Milhouse of American cities. 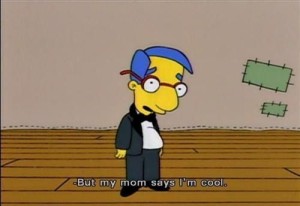