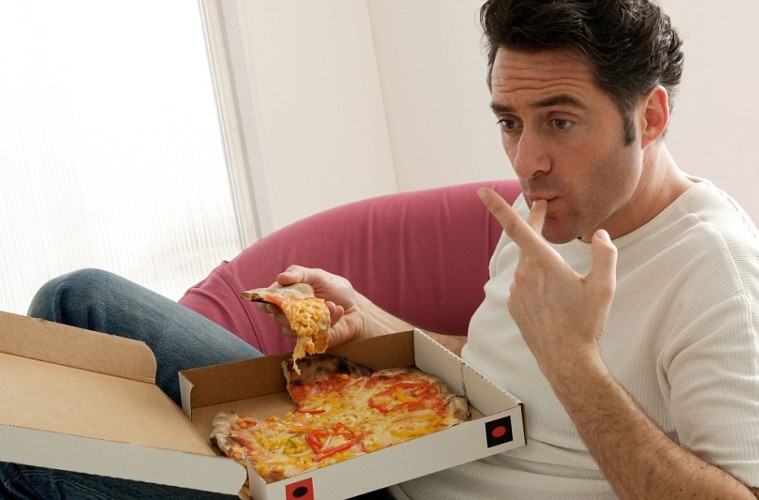 After an exhaustive nine year review of America’s social, economic, and political behavior, demographers at the University of Pennsylvania released a report Monday indicating that the average citizen weighs 166 pounds, earns a household income of $53,657, and is to blame for virtually all of the nation’s and many of the world’s problems. The report confirmed that the climate crisis, political gridlock, social and economic inequality, and even the rise of ISIS are all largely the fault of the average American, in addition to thousands of other societal ills.

“We believe the most salient reason why the average American has such a devastating effect on the nation and world is that they have no idea how harmful they are, and as such have little inclination to alter their destructive behaviors and beliefs in order to mitigate the various woes of the world,” said the report’s lead author, Dr. Martin Hewitt. “We interviewed residents in every county in the United States and found that, when asked to characterize the average American, the average American imagined someone who, regardless of their politics or religion, was basically a good person who was just trying to get by every day, do right by their family, and find a little happiness in a tumultuous world. Our findings indicate that the truth is far less benign.”

“The average American household owns 2.28 vehicles,” continued Hewitt, “and we found that that their driving and lifestyle habits are to blame for our country’s excessive burning of fossil fuels, which releases carbon dioxide and monoxide, sulfur oxides, nitrogen oxides, and hydrocarbons into the atmosphere, both trapping heat and accelerating climate change and also adversely affecting human health. Then there’s the fact that the average American’s energy consumption also drives an oil and gas industry whose extraction methods pose a serious risk to sensitive ecosystems, and then the whole can of worms about how the average American’s dependence on foreign oil ultimately fuels war and funds global terror. The average American has a lot to answer for, when you really look at the data.”

Addressing social phenomena, the report revealed that the average American gets very uncomfortable when forced to address structural racism, sexism, and classism, preferring to comment on the relative temperature outside or about a scripted drama they’d recently seen on television. This disengagement with and often outright denial of such overarching social ills was shown to be a direct cause of their continued existence. The average American, for example, believes that black lives matter in the abstract, but is largely inured to police violence and black poverty and averse to addressing anything that might upset the status quo.

Though the average American disapproves of the direction of the country and the job Congress is doing, the report found that they are in fact to blame for the nation’s political dysfunction. The average American was found to be unskilled at exercising democracy, not voting often, and often voting against their own interests when they do. This has historically resulted in a legislature and executive branch beholden to a handful of exceedingly wealthy individuals and corporations who dictate negative outcomes for the public in the name of continued profit and power.

“The average American should really at least vote in midterms,” said Hewitt, adding that the average American’s position on important policy matters is also routinely a source of disaster for the nation and world. “Take the Middle East. In 2003, the average American supported going to war with Iraq, which led their representatives to support it and gave the Bush Administration the political capital it needed. I won’t go into the whole thing, but obviously that cost a few trillion dollars and resulted in the deaths of nearly 5,000 Americans, hundreds of thousands of Iraqis, and caused the ultimate destabilization of the region that created the vacuum ISIS has exploited. We’re not saying that George W. Bush and Donald Rumsfeld are blameless by any means. But had the average American been opposed to that war of choice, it probably wouldn’t have happened.”

“I could go on,” continued Hewitt, trying to catch his breath. “ The average American is covered head to toe in clothing made with sweatshop labor, and their use of lawn pesticides and other household chemicals is a leading cause of environmental cancers like lymphoma. The average American is also overweight and at a high risk for heart disease and diabetes, which puts an enormous strain on our medical system and costs the nation and its citizens billions if not trillions of dollars in the long run. There really isn’t a major problem in this country that can’t be directly pinned on the average American. And yet remarkably, our statistics show that the average American walks free. It’s an incredible miscarriage of justice, when you get right down to it.”

The report concluded that, despite being to blame for every single one of the nation’s and many of the world’s problems, the average American did deserve a little credit for being cool with marijuana and the gays now.